I was driving around in my pajama bottoms yesterday after I took Twin B to work and I noticed a new old folks home along the road. It has some ridiculous name like Magnolia Fields Retirement Community. How do developers come up with dumb names like that?

Just because you’re old doesn’t mean that you have lost your sense of humor. At least I hope not. If I built retirement communities, I’d name them stuff like Boneyard Estates and Renal Failure Acres. I’d also put a day care center for kids in every single one. The old people could come and watch the little ankle biters run around on an indoor playground behind a soundproof glass window. Sort of like how-much-is-that-puppy-in-the-window pet stores. Then I’d open a betting window right next to that so that the old timers could place bets on which kid is gonna break his arm or who Suzy was going to bite today. Good times. That would be much more entertaining than watching Matlock on TV or complaining about your goiters.

Speaking of naming things, we could do a better job with that all around. Instead of Sun City Tanning, let’s rename it Helen’s House of Melanoma or Moles A Million. Don’t tell my dermatologist, but I go microwave myself a couple of times a week. Tan fat looks better than white fat.

It’s a short blog day and that trend will continue for a while. Tomorrow is August 1st. The countdown to college has begun in earnest and there are many boxes to pack and last minute things to take care of. Like tuition bills that should be listed on the college’s website menu as Give Us Your Money. All of it. 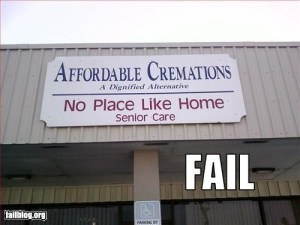 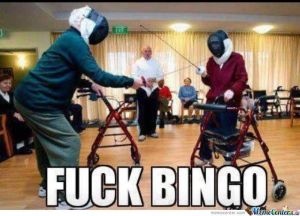 10 thoughts on “When I Get Old, I Shall Still Have a Potty Mouth”

The More, The Messier

As opposed to what actually came out of my mouth...

Assaults on the Casually Mundane by K. Jean King

Stylistically Abusing Language for the Betterment of Mankind

Pants: but with a schmear of pith.

I made the impossible easy in both worlds!

Is Everyone an Idiot but Me?
Listful Thinking

In which the author muses about being socially awkward.

the CITIZENS of FASHION